Discover the story behind this historic Cambridge venue

A thriving regional showcase, Cambridge Arts Theatre is an outstanding theatre, a beacon for the development of arts professionals and a much-loved regional and national institution, whose history is rooted in the city of Cambridge. We are the only high-quality presenting theatre within 60 miles serving the population of Cambridgeshire and the surrounding area. 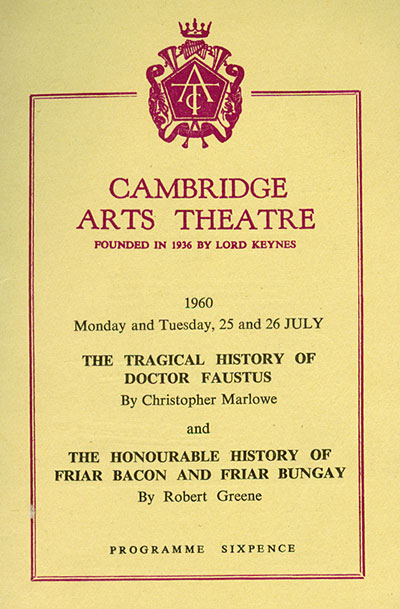 Founded in 1936 by the economist and founder member of the Arts Council, John Maynard Keynes, we have helped launch the careers of theatrical luminaries such as Ian McKellen, Derek Jacobi, Emma Thompson and Stephen Fry; the last four directors of the National Theatre – Peter Hall, Trevor Nunn, Richard Eyre and Nicholas Hytner – all directed on our stage at the start of their careers, and we have played host to a dazzling variety of cultural milestones, from Margot Fonteyn dancing her first Swan Lake to Harold Pinter's premiere of The Birthday Party. 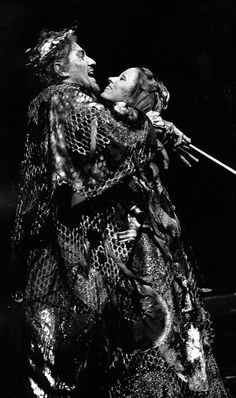 Today we are the venue of choice for all scale-appropriate drama, dance and opera in both the subsidised and commercial sectors, building strong and  mutually beneficial relationships with the cream of the country’s touring producers and bringing productions to the region that diversify and enrich the city’s cultural offering.

From world premieres such as Mike Leigh’s Grief, Howard Brenton’s Anne Boleyn and Mike Bartlett’s Earthquakes in London to long-running classics such as An Inspector Calls, The Woman in Black and The 39 Steps, we have built excellent relationships with the UK's leading touring companies. Established companies such as The National Theatre, Cheek by Jowl and Shakespeare’s Globe, alongside those producing bold, innovative and invigorating new work  such as Kneehigh, Lyric Hammersmith and Ireland’s Abbey Theatre, help put the Arts Theatre and Cambridge firmly on the cultural map as the prime destination for touring theatre.

In summer 2013 the Theatre’s supporters invested £1.5m in the redevelopment of the Front of House spaces and significant building work transformed our existing foyer areas and provided improved bar facilities. The Theatre can only survive if we earn money from selling drinks, programmes and ice creams. Every penny we make goes to support the work of the Theatre.