Interview with the Director: Michael Cabot

We are so excited to welcome London Classic Theatre back to our stage this week for the hilarious farce Boeing Boeing! We caught up with the director Michael Cabot to find out a little more about the show, and its timeless comedic script:

Many people will know Boeing Boeing, but for those who don’t, what can they expect to see when it arrives in town?
In a nutshell, comic mayhem!  The play is one of the longest running and most successful farces ever written.  It literally flies off the page.  Larger than life characters and an increasingly ridiculous situation.

How do you approach a play with such a stellar history - is its heritage a help or a hindrance; will we see some extra magic?
As a director, I think it’s important to approach any comedy with respect and no small amount of caution.  Just because you are working on a terrific script like Boeing Boeing, there are no guarantees the journey will be easy.  You have to find a ‘way in’ that works for you.  I always inevitably start with character - if you can create interesting, flawed, three-dimensional characters, then that’s half the battle with any comedy.  In terms of magic, Bek Palmer, our designer has produced a stunning vision for the piece.  It’s bold and, well… extremely ambitious. 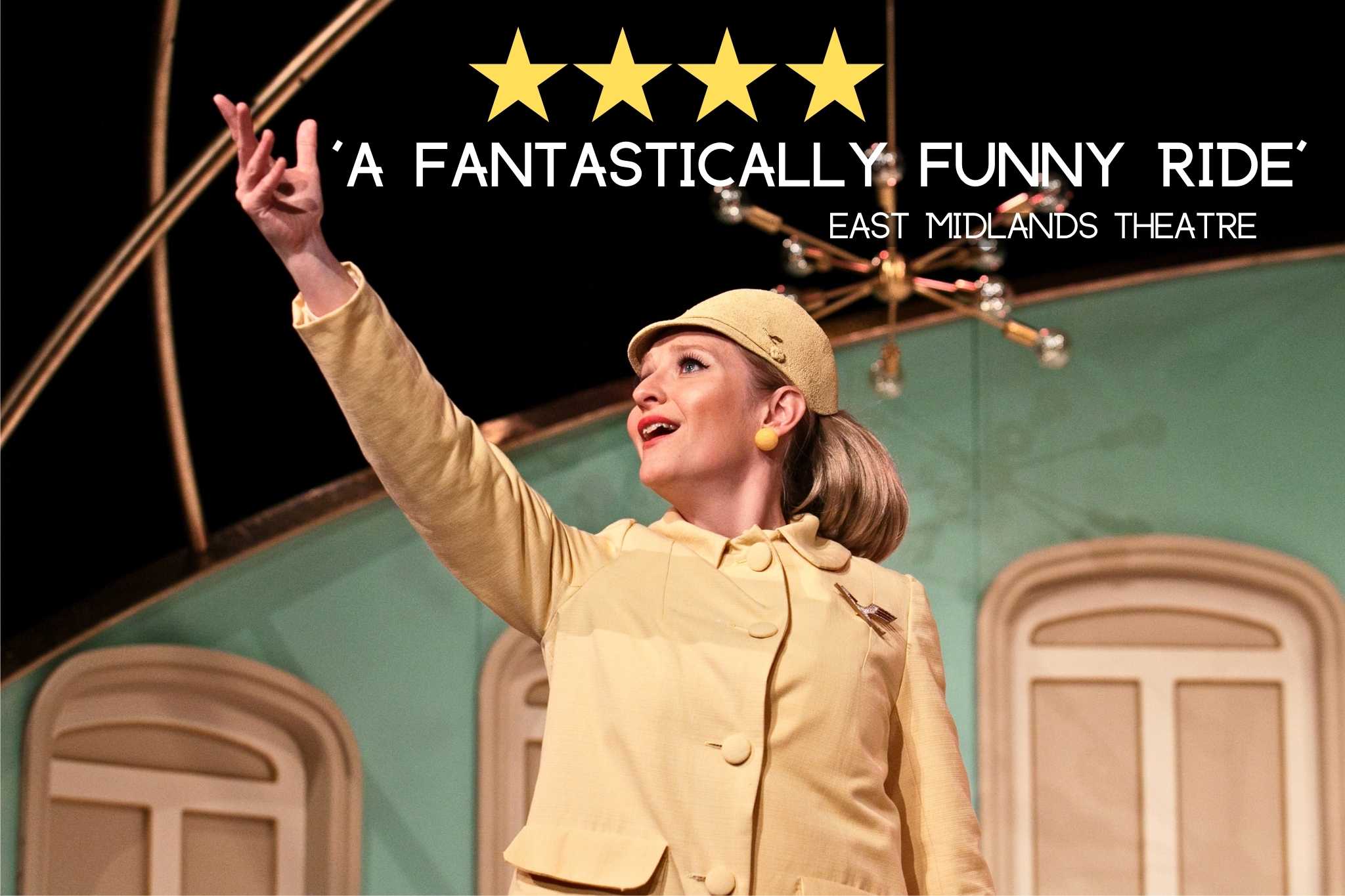 Why do you think the piece continues to resonate with audiences after 60 years?

I think the play is both of its time, but also has a timeless quality.  The characters are immediately recognisable and very funny.  A good farce has to walk a tightrope to work well.  The timing has to be exact and the drama real.  There also needs to be an element of danger, a metaphorical car crash just a moment away, so the audience are never quite sure what will happen next.  And Boeing Boeing delivers this in spades.

What can you tell us about the cast; how was the audition process?
It was a challenge.  The industry has been in hibernation for almost two years, so for a lot of actors coming in to see us, this was their first face-to-face audition for a very long time.  It felt important to throw our doors wide open and see as many people as we could.  This inevitable means creating a fair amount of disappointment, but it’s also brilliant to be creating opportunities for some very talented people.  We have a very strong core company of actors who are integral to our plans, but this time the majority of the company are new to us, so that’s very exciting.

Do you have a favourite character in the play?
That’s a tough one.  I love all the characters - each of them goes on a journey.  The three air hostesses, Gabriella, Gretchen and Gloria, are fascinating to bring to life in 2022.  I wanted them to be strong, dynamic women, who may be caught in the cogs of Bernard’s machinations, but they are canny, capable and definitely have a story of their own to tell.  I also have a soft spot for Robert, Bernard’s friend from the provinces, who gets caught up in the chaos.  He’s very much an innocent abroad.  I think we experience the play through his eyes. 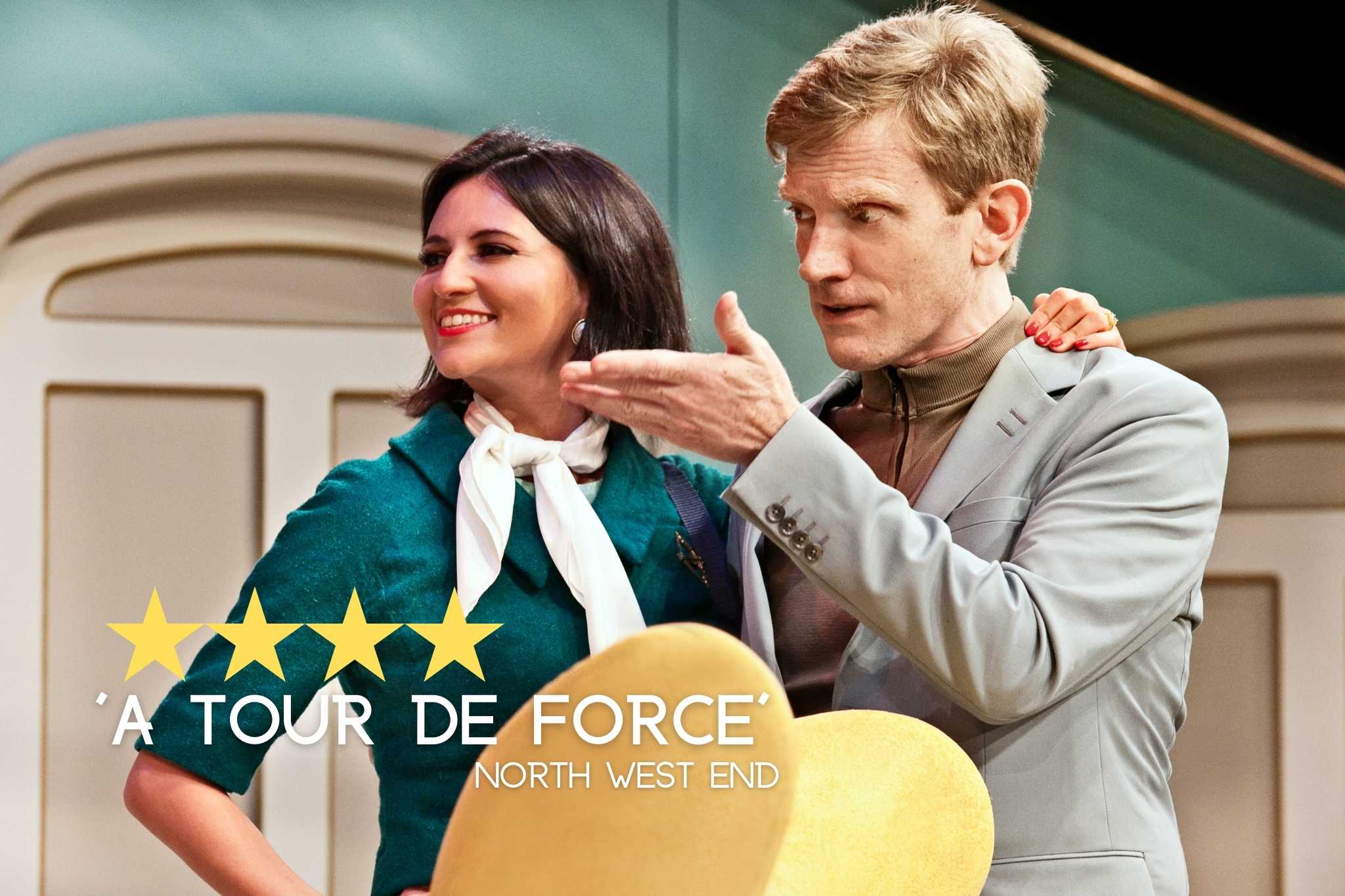 What can you tell us about rehearsals?  Did everything go to plan?
Not entirely!  We had some COVID-19 issues that needed careful management, but our cast were fantastic.  They came to work every day and gave 100%.  I think there was a quiet determination to get through to opening night and make sure we got on with the job.  Having said that, it was a very happy rehearsal room.  We did a lot of talking about the characters and the mechanics of the play before we started getting on our feet.  There was a lot more discussion than I expected perhaps.  But all very valuable.  An inquisitive actor is a genuine asset to any rehearsal room and I had six of them.  And there was cake.  Lots of cake.

What can the young writers of today learn from Boeing Boeing?
That’s a great question.  I think probably patience and the importance of setting up a story well.  A play as convoluted as Boeing Boeing needs to be built on firm foundations.  It’s like building a difficult maze.  Get the structure right and it can be hours of fun.  You don’t want your audience to get totally lost, but they must always wonder what’s round the next corner.  Above all, they need to go home happy.