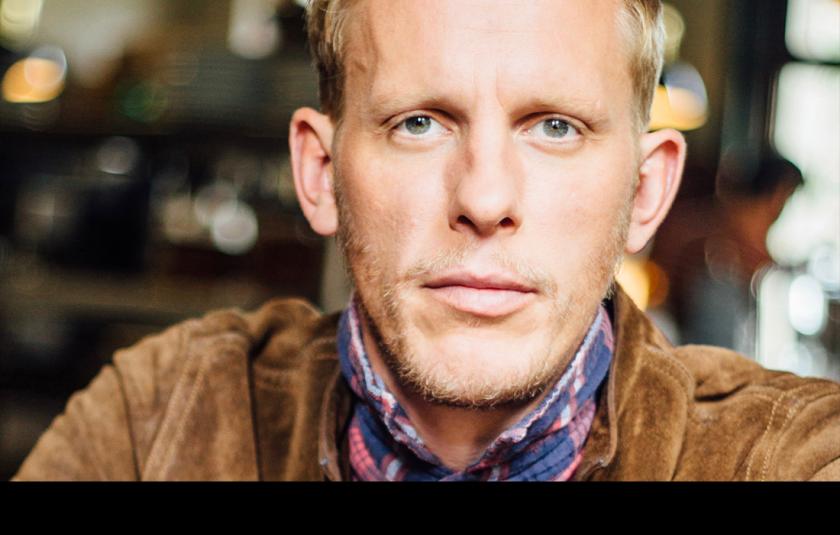 The acclaimed stage and screen actor Laurence Fox (you may recognise him from playing DS James Hathaway in Lewis!) is soon to be treading our boards, in Cambridge Arts Theatre's major new co-production of Tom Stoppard's The Real Thing. A witty and distinguished drama on infidelity, love and relationships, Fox plays Henry, a playwright who realises that life has begun imitating art when his affair with an actress threatens to ruin his marriage.

We managed to catch up with Laurence amidst his busy rehearsals, to pick his brain on the production...

Firstly, what are you most relishing about playing Henry?

LF: Playing someone more intelligent than myself, who has the words in situations when words fail me.

And for people who aren't familiar with the play how would you describe him?

LF: I'd sum Henry up as 'The Last Romantic'. He believes in fidelity, loving someone even when they're at their worst, going through life with one person – that's a very romantic notion, isn't it?

Do you have anything in common with Henry?

LF: The things we have in common are that I am the same height, look similar and sound the same. The big differences? That would be telling! But living in someone else's head for a while, as you do as an actor, is an amazing thing to do and it changes you when you do it – not in a Method-y kind of way but it changes the way you behave in real life. It's interesting how that happens.

The Real Thing premiered in 1982. Why do you think it has endured the test of time?

LF: Because it was written by Tom Stoppard, our finest living dramatist. Some of it is just sublime, like all of his plays. He's sort of operating at a totally, massively heightened intellectual level and the language is utterly satisfying – it's silky and expressive.

Are there themes that will resonate with contemporary audiences?

LF: Well, it's about love, fear, hope, loss and laughter. Those are themes that at least I hope will resonate.

Why do you think Tom Stoppard is so revered as a playwright?
LF: Because as he writes in the play, in a speech that Henry gives, “What we’re trying to do is to write cricket bats, so that when we throw up an idea and give it a little knock, it might….travel”. Tom Stoppard is very much like Shakespeare in a lot of ways. The tune of his language is very Shakespearean and also akin to Noel Coward and stuff like that. It's wonderful to act if you get it right and [laughs] pretty terrible if you get it wrong.

Is this the first time you've starred in one of Stoppard's plays? What particular challenges does his work present to you as an actor?

LF: Yes, it's my first time doing a Stoppard play. It's a complete technical and emotional challenge. Technically there's the fact it's such an enormously precise play with long, big thoughts being expressed, so that's a bit tricky when you are playing someone who is smarter than you are. Then the emotional challenge is being able to carry an audience through two hours. It's tiring but also brilliant.

And how is it working with the director Stephen Unwin?

What do you most enjoy about taking a show on tour?

LF: England isn't just London, the United Kingdom isn't just London, so it's amazing to be able to see culture everywhere and it's lovely seeing how audiences in different parts of the UK react differently to different shows. It's also lovely how the theatre is a hub for each town.

You've worked on both stage and screen. What do you especially enjoy about stage work?

LF: I enjoy the challenge and community of theatre. When you leave a play, you leave as a better actor.

Do you have any pre or post-show rituals?

LF: Pre show, a little bit of meditation, a desperate sob and a prayer to The Almighty. Post show... anything fizzy!

What's the one thing you couldn't be without when you're touring with a show?

LF: My wallet and a picture of my lovely boys.

You've worked extensively across stage, TV and film. What have been your personal career highlights?
LF: I most enjoyed working with Kevin Whately and the rest of the Lewis crew over all those years because they were such a fantastic bunch and I made some lifelong friends doing it. I also enjoyed working with Jonathan Lynn [writer and director of The Patriotic Traitor at the Park Theatre], who was fantastic as well. Those are two highlights among many. As for where this job ranks [laughs] I'll let you know when it's over.

What do you especially enjoy about stage work?
LF: I enjoy the challenge and community of theatre. When you leave a play, you leave as a better actor.

The Real Thing is on our stage Wednesday 6 - Saturday 16 September. For more information, please click here.