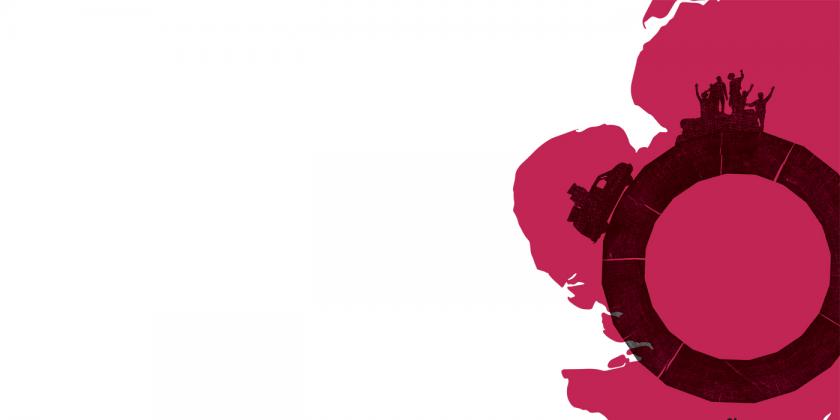 The world renowned Shakespeare's Globe are back on the road, touring three of the Bard's most popular plays to the Arts Theatre this month - The Merchant of Venice, The Taming of the Shrew and Twelfth Night.

The travelling troupe of players will be coming to Cambridge 29 August - 1 September, offering audiences a choice of three plays - or all three if they're after the ultimate Shakespearean experience! (Psst... If you fancy seeing each play we're offering a 25% discount on tickets!).

We sat down with the director, Brendan O’Hea, to hear all about The Globe's summertime tour...

How were you hired by The Globe to direct this summer's tour?
BO: I know Michelle Terry, Shakespeare’s Globe’s new artistic director very well. I’d worked at the Globe as an actor for 6 years, I’ve had experience touring and I’m also a director. Michelle also knew about my passion for teaching, so the idea of having four graduate actors in the cast whom I could guide at the start of their careers appealed to her.

Why did you decide to go into theatre?
BO: Theatre cuts across gender, race, sexuality, age, religion - on that first day of rehearsal everyone is nervous, and everyone is equal. I love telling stories. Politically, theatre can change lives, empower people. Someone once said that ‘acting is the shy person’s revenge on the world’. I think that’s true.

Did you have freedom to choose the company?
BO: Yes, alongside The Globe’s casting team. When you only have a company of eight actors rehearsing three plays, you have to be inventive with the casting. I’ve tried to match the essence of each character to one of the actors, regardless of gender or age, and I’ve found that very liberating.

What will be the new and most immediate challenges of the company?
BO: Four of the actors in our company have just graduated from drama school, so the tour is a huge challenge for them on every level. Our hope is that they’ll have the chance to continue their training under the guidance of the four older actors on tour with them. There are also lots of challenges to touring three plays at once. Everyone in the company has huge number of lines to learn, and when they’re not on stage they’re either playing an instrument or changing costume - but they’re all up to it!

If we have to choose, please tell us a few words about each play.
BO: We’re performing three of Shakespeare’s darker comedies. In Twelfth Night, the Duke Orsino and pompous steward Malvolio are both vying for the love of Countess Olivia. Orsino engages the shipwrecked, cross-dressing Viola to plead with Olivia on his behalf, and a chain of bittersweet events ensues.

The Taming of the Shrew is an outrageous comedy in which two sisters are to be married off by their wealthy father – demure Bianca and unruly Katherina. Petruchio proves himself as strong-willed as Katherina herself, and strong-arms her to the altar.

Our third play, The Merchant of Venice, is about tolerance, justice and mercy. Bassanio borrows money from his friend Antonio to win the hand of Portia. Antonio, in turn, borrows from moneylender Shylock. If Antonio cannot repay his debt in gold, he’ll owe Shylock a pound of his own flesh.

Probably, most of the people that attend your performances have seen Shakespeare before. What makes your work different than others?
BO: It doesn’t matter how many times you see a Shakespeare play, you will always discover new things. I think the simplicity of the story telling may take some people by surprise. There are no gimmicks. And the shared light should offer a different experience to audiences.